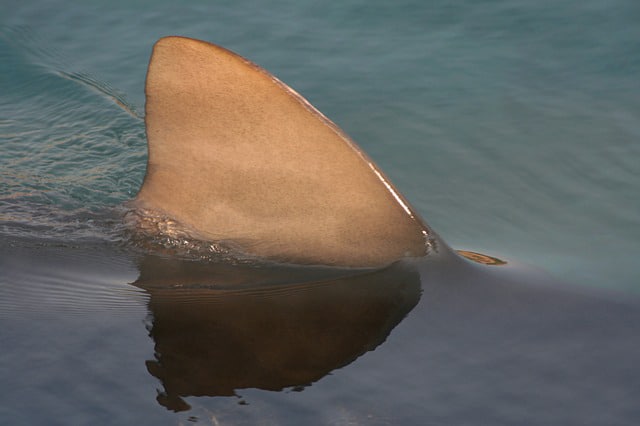 Does the sight of a single dorsal fin cutting through the water cause you to break out in a sweat?  It may be that you have a phobia of sharks. Galeophobia, also known as Selachophobia is the name of this very common phobia.  Sufferers of Galeophobia may have a panic attack while safely aboard boats or at the beach and may take care to avoid lakes and rivers even though sharks do not live there.  Many people with galeophobia are also afraid of visiting zoos and aquariums despite knowing that sharks are carefully restricted behind the glass windows. When a person is suffering from a high level of galeophobia, the fear is sometimes so intense that the person may faint at just a word or image regarding sharks.

There are many symptoms that indicate a phobia of sharks. Are you wondering what these symptoms are? Have a look at some common phobic reactions:

Most people never encounter a shark during their lifetime.  Like other phobias, galeophobia, can have its roots in a formative childhood experience or learned from a parent, but more often than not it is the media portrayals of sharks that impact their fearsome reputation.  Films, TV and websites often sensationalize sharks as emotionless killers.  Media reports of swimmers being bitten by sharks significantly trigger or exacerbate the fear of sharks.

Apart from the media influence, some people with Galeophobia might be afraid of the shark’s physical appearance as well. Their sharp teeth, dark eyes, and the fins of the shark are often deemed as horrifying for most people who are Galeophobia sufferers.

Few animals are so misunderstood as the shark.  The fear of sharks or Galeophobia is largely unfounded, but the people suffering from it may find it pretty challenging to overcome! Consider, though, that roughly 75 million sharks are killed each year by humans.  Conversely, there are only about 80 shark attacks globally each year and less than 10 fatalities.  In fact, you’re more likely to be killed in a lightning strike than a shark attack.  Only 3% of sharks are large enough to damage a human.

Sharks are also going extinct to SAVE HUMANS. Yes, you heard me correctly. Sharks are being killed by the millions to provide an important ingredient to vaccines, including Covid 19 vaccines. Sharks have a  substance in their livers called ‘squalene’ and this is being used in vaccines to creates a stronger immune response. Sharks are saving us from the covid 19 pandemic!

Sharks are also helping humans in lots of other interesting ways. Did you know that sharks don’t get sick as often as other animal species?  Scientists hope that by researching the unique antibacterial properties in shark tissue they’ll be able to discover cures for numerous illnesses and conditions.

The real scary thing  is not sharks, but realising that the entire ocean eco system is dependent on sharks, without them, it will collapse and without the ocean we will also eventually go extinct. So without the sharks, we could not survive! This, combined with the knowledge that more than 90% of the world’s sharks have disappeared from the oceans in the last 100 years, makes them a prime candidate for respect and conservation efforts.

These sort of facts can start to build fascination for sharks instead of fearing sharks. Though we fully understand that it will take more than head knowledge to overcome this fear for good.  Our therapeutic techniques will convert all your shark fear triggers to new positive feelings around sharks. Instead of fear, we will help you develop respect and fascination for sharks. Contact Us with Creature Courage today and begin a life free from your fear of sharks!