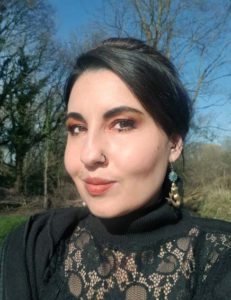 Britain Stelly is the founder of Creature Courage, the UK’s animal phobia specialists.   She has helped hundreds of people break free from phobias and anxieties with her creative and unique workshops. She specializes in animal phobia therapy and therapeutic creativity.

Britain gained her experience as both an illustrator and a therapist running a charity for over a decade that focused on helping people build confidence and explore themselves in creative group therapy settings.  Inspired to start her own business with the skills she has gained from this work, she joined efforts with Adam Cox, a top London Harley Street hypnotherapist to deliver unique life-changing workshops.

Britain has also worked with the YMCA to deliver a Creative Wellness workshop that helped people achieve positive breakthroughs in their mental health by learning new creative ways to address stress and explore oneself. This workshop has been hugely successful and is being expanded to different parts of the country.

Britain is the chief animal educator and handler in Creature Courage with twenty years of experience in exotic animal husbandry. Her vast knowledge of the animal kingdom has helped many people exchange fear for fascination for animals usually feared and misunderstood, especially spiders. Creature Courage’s Spider Courage Experience workshop has been massively successful and was featured on Good Morning Britain, Sky News, BBC Radio 2, ITV, etc.

Britain believes in offering a more holistic and approach to animal phobia therapy, anxiety therapy and wellbeing in general by uniquely combining several different therapeutic techniques into all of her workshops.

Adam became fascinated with hypnosis from an early age and was quickly inspired by the work of Milton Erickson and Richard Bandler. He studied Hypnosis and NLP (Neuro Linguistic Programming) extensively and more recently DHE (Design Human Engineering) and NHR (Neuro-Hypnotic Patterning).

Adam works in all aspects of hypnosis working with clients to tackle issues such as phobias, anxiety, addictions confidence. He runs the successful business Phobia  and is also the founder of a weight loss specialist practice called HypnoSlimming where he helps people lose weight when all other approaches have been attempted and failed.

audio and video content and is regularly asked by the media to comment on subjects such as hypnosis, phobias, weight loss and emotional issues being regularly featured on UK radio. 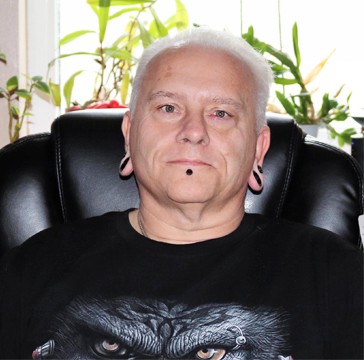 Peter Kirk is the Chairman of the British Tarantula society and has decades of experience and knowledge about arachnids, insects and snakes. He even discovered a new species of bush cricket in 2016!

He lends his expertise to our workshops and his excellent supportive manner has helped many overcome their phobias. 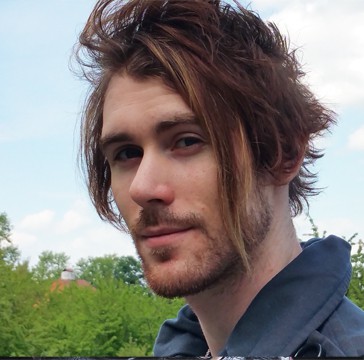 John co-founded Creature Courage alongside Britain Stelly and is a dedicated member of the Creature Courage team. John holds a level two and three in Counselling and a diploma in educational psychology. He assists with animal handling and emotional support during the workshops. His passion for animals and helping people was a big inspiraton for starting this business.

Having overcome his own spider phobia using the same methods we use on the Creature Courage workshops, he believes that only through immersion and interaction can we break through the barriers of fear within us.