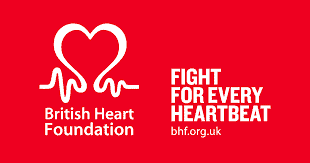 Creature Courage and Adrian Adams head of the British Heart Foundation Face A Fear Campaign were fortunate enough to get onto Sky Sunrise News for a quick interview to raise awareness and it was a lot of fun!  Though not everyone was a fan of the spiders…. (yes there are spiders in this clip so be warned!)
We were recently asked by the British Heart Foundation to help support them with their new ‘Face a Fear Campaign’ to raise money for people suffering from heart and circulatory disease and we could not be more excited to take part! We recently had someone do a Spider Courage Experience workshop to get over their fear of spiders to raise money for a local hospice and it was very successful. The campaign is encouraging people to face a fear this summer and turn ‘courage into cash.’ Their new Face A Fear Website explains: ‘Heart and circulatory diseases kill 1 in 4 people in the UK. If we are going to beat heartbreak from these diseases, we need to be brave. Really brave. This July, show just how brave you are by getting sponsored to face your biggest fear. The money you raise will help fund our life-saving research into cures and treatments for heart and circulatory diseases. With your help, we can protect the people you love. Your parents, brothers, sisters, grandparents and closest friends.’ The British Heart Foundation recently did a survey comparing more traditional phobias with more modern phobias and the results were surprising. Modern phobias are creeping into people’s lives, leaving them scared stiff, according to the British Heart Foundation with half (50%) of UK residents admitting they would have a worse quality of life if they were without phone signal for a month than if they were forced to live with clowns (1). The heart research charity has released the statistics to encourage people to sign up to Face a Fear this June and combat their biggest phobia by the end of July. More traditional fears like spiders (28%), heights (28%) and snakes (20%) still leave us quaking. But The BHF discovered that over half (55%) of UK residents suffer from at least one modern phobia. The most likely to give people nightmares are: UK residents are split over what fear they would rather face, with half (51%) of people preferring to encounter more traditional horrors and the other half favouring to brave 21st century fears. The charity found that modern fears day are gradually creeping into people’s lives with:   The survey also reveals that modern-day fears hold the biggest grip on Millennials (16-24 year-olds) with many saying they have negatively impacted their day-to-day lives. A fifth of young people lost friends (18%) and had a relationship left in tatters (18%) as a result of their modern-day phobias. It also seems women are more likely to be affected by modern fears. Women are twice more likely to be fearful of their phone running out of battery (26% vs 12% of men) and sending a text to the wrong person (20% vs 9% of men). But with seven in ten (70%) people admitting that they want to overcome their fears, the British Heart Foundation is urging everyone to look fear in the eye and put their courage and mental strength to the ultimate test by signing up to Face a Fear. Adrian Adams, Head of Mass Participation at the BHF, said: “Whether snakes and spiders make you squirm or no phone signal and lack of WIFI gives you nightmares – take a small step, or giant leap, to conquering your biggest fear. Whatever the nail-biting experience is, by signing up to Face a Fear, you will be helping to beat heartbreak forever. Each year, over 150,000 lives are cut short by heart and circulatory disease – that’s one death every three minutes, so we urgently need your support to keep more hearts beating.” Dr Elena Touroni, Clinic Director at The Chelsea Psychology Clinic, added: “These statistics not only highlight that many people have phobias, but they can have a real impact on your day-to-day lives. But there is light at the end of the tunnel. Face a Fear is the perfect way to join thousands of like-minded people for a fantastic cause. The BHF will be there to support you every step of the way and at the end of it, you’ll feel on top of the world.” By taking part in Face a Fear and conquering your phobia by the end of July, you will help power ground-breaking research to bring new hope to the seven million people living with heart and circulatory disease in the UK. Find out more at bhf.org.uk/faceafear So if you would like to get over your fear of spiders or another animal phobia, BOOK a Creature Courage workshop and then start a fundraising campaign with JustGiving.  The British Heart Foundation will help you start up a JustGiving page to spread on social media to get friends and family donating to the cause. Our July 14th Workshop at Chessington World of Adventures would be perfect for any arachnophobics wanting to get over their fear of spiders. If you have another sort of animal phobia, Get In Touch with us and we can organise a session for you to get over your fear for charity.  What a great reason to inspire yourself to have the courage to finally get over your fear for good!