The Fear Of Flies: Pteronarcophobia 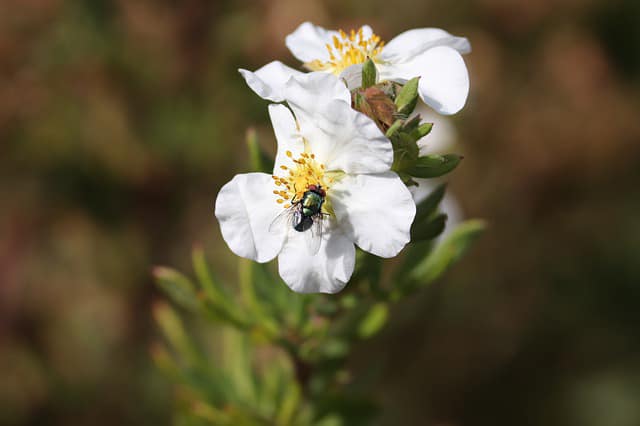 You may catch more flies with honey than vinegar, but if you have a phobia of flies, why would you want to?  The fear of flies or pteronarcophobia is a persistent and abnormal fear that negatively impacts a person’s life. This phobia is closely associated with entomophobia,  a general fear of insects, particularly flying insects and also mysophobia, the fear of germs. This phobia can have a severe impact on the life of people who are afraid of flies. Such people usually resist going outside, and often don’t even want to leave their house.

Whether it is a phobia of flies, insects, or any other creature, a phobia can be terrifying and threatening to the individual suffering from it. The physical symptoms of fear are similar across a variety of phobias.  People with pteronarcophobia may experience a sense of losing control or impending doom upon encountering flies.  They may feel their throat tighten and their breathing become more labored.  A racing heartbeat, sweating palms, dizziness and nausea are common for people encountering the subject of their fear.  Such individuals may get scared even after seeing a mere picture of flies on television or magazines.

The root of pteronarcophobia typically arises from a perceived past traumatic experience relating to flies or it can easily be learned from a parent. Perhaps you had a negative experience with flies as a child or had a caretaker that demonstrated a fear of flies.  Frequently, sufferers of pteronarcophobia report that it is not the fly itself they fear, but the perception of them being unclean, disease carrying creatures.

Some reluctance toward flies is normal as our natural disgust response helps protect us against potential illness vectors, but when the fear and discomfort begin negatively impacting your life on a regular basis, you would likely benefit from treatment. Those that suffer from a fear of flies unconsciously exaggerate their perceived threat and because flies are unavoidable and very common in life, the stress can be constant.

Most of the people who have a fear of flies try to avoid outdoor gatherings and other events where there is a possibility of coming in contact with flies. This disorder may have a negative impact on multiple aspects of life, including social life, education, work, and relationships. A person suffering from pteronarcophobia is likely aware that he or she is behaving in an irrational manner, yet feels at a loss to control his or her fear reactions.

Though few people feel cuddly about flies, they do play an important role in our ecosystem.  Flies are predators of other insects, such as beetle grubs and aphids.  This reduces the numbers of harmful insects and their impact on growing crops. They also serve as a vital food source to other insects and vertebrates. It is true that they also consume decaying organic matter and feces, but that’s because they’re doing their job as part of nature’s cleanup crew!  Without flies, the world would have many more piles of poo and slowly decomposing animal corpses.  Plus, did you know that flies have taste buds on their feet?  I think that is an ability we are all grateful we don’t have!

Like most other phobias, pteronarcophobia is simply a learned pattern of behavior that becomes anchored in the unconscious mind of an individual. We at Creature Courage can help you overcome your fear of flies in a proven, streamlined way. Our techniques are effective enough to control your pteronarcophobia and help you create a permanent positive change.

If you are beset by a fear of flies, we at Creature Courage will transform your fear into a new, positive feeling. Contact us now, book your appointment and live a life free from the fear of flies!