Worms. Next to spiders, many see them as the very definition of creepy crawly. The wriggle and writhe, have no eyes and are slimy. So aesthetically speaking, it can be hard to find the appreciation for them and for some, they are absolutely terrifying and are the source of deep anxiety.

The fear of worms is called Scoleciphobia. Many people develop a fear of them when they are children, this is a very common time for phobias to form as children are more easily frightened than adults. This happens when a perceived unpleasant experience with a worm happens to create a fear trigger. This could be something like finding one unexpectedly while playing in the dirt or stepping on one when it is raining. Worst yet, some naughty children can throw worms at friends and siblings and this can easily create a phobia. Often films and televisions will show worms in a scary way, making them a symbol of death and decay.

But worms are not horrible creatures at all. In fact, they are one of the most amazing creatures we have! Though worms are not exactly beautiful animals they are not only one of the most gentle animals of all time they are also one of the most important animals on the plant. Almost every living thing relies on worms to exist. Our ecosystems would collapse without them so our very survival depends on them! Though we might not be able to convince you worms are pretty to look at, Creature Courage can turn your fear into fascination. Even Charles Darwin suggested that worms are the most important creatures on Earth and even wrote an entire book on them in 1881.

Worms play a crucial role in increasing the amount of water and air that ends up in the soil which is vital for plants to grow. Worms eat dirt and organic matter like dead leaves and anything that has died. They break it down as it passes through their bodies and their waste is basically the fuel that feeds our plants. Nothing could grow properly without our worm friends arrogating the soil and filling it full of nutrient-rich soil and without the plants, none of us could survive at all. They also assure we do not have dead corpses everywhere! That would be a very unpleasant world to live in. Worms are also a very important food source for many creatures such as birds and hedgehogs.

Worms are also incredibly interesting creatures that can easily trigger fascination. Worms have no lungs, instead, breathe through their skin. What they lack in lungs they make up for in hearts! Earthworms actually have 5 hearts and can often regenerate their tails if cut in half. Worms, though simple creatures, can live up to 8 years in ideal conditions. Like snails, they are hermaphrodites and are both male and female at the same time, however, they still need another worm to mate with to make more worms!

Having a phobia of worms is very inconvenient because worms are everywhere in the soil and will often come out of the soil when it rains. If you are afraid of them, it could stop you from doing many outdoor activities. It is not healthy to be blocked from nature because of fear, especially when it is a fear that can be changed in only a few hours. Also, many things are shaped like worms so if that shape and movement trigger the phobia, it can be a life full of anxiety!

There is another type of worm phobia and that is the specific fear of being infested with parasitic worms. The fear of parasitic worms is called Helminthophobia. Though no one can disagree that being infected with a parasitic worm is very gross, the chances of it happening are very low for the average person. In most cases, it is very easy to avoid being infected with a parasitic worm by just avoiding a few types of food and being careful where you go when you travel. So unless you are eating raw pork and fish in the tropic marshes of Asia, it is very easy to avoid this situation! However, people with this phobia can be overly paranoid and avoid eating many different types of food and restrict most places they want to travel and take to an extreme. There is no point on hyper-focusing on one small risk and letting it dictate how you live your life. It is a phobia that can be easily cured with the right treatment.

If you have a worm phobia and are tired of feeling stressed about it, get in touch and we can book life-changing therapy to get you over the fear for good. Creature Courage is phobia specialists! 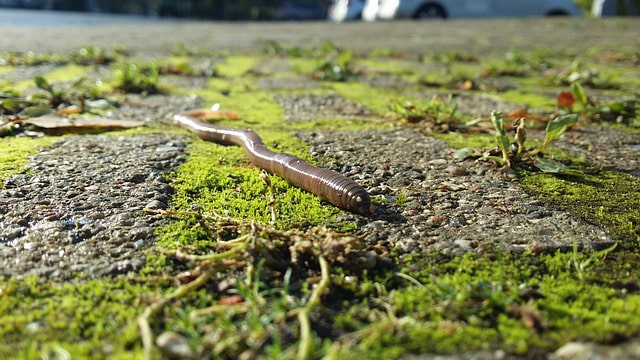