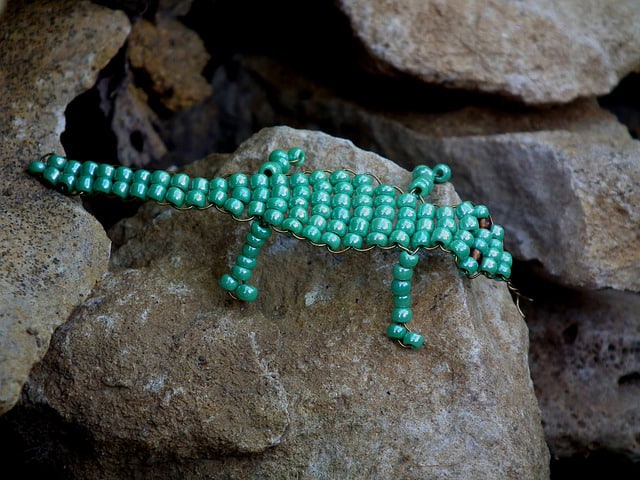 A phobia of lizards is called Herpetophobia. Most people who develop this phobia live in countries where lizards are part of the wildlife. However, it doesn’t have to take a real lizard to create a lizard phobia.

I know of many people who develop phobias because someone (usually a brother) played a nasty trick with a toy when they were little. A young child could have simply been scared by a toy of a lizard to trigger the phobia. Or even watch a scary film, etc. that featured a lizard. The phobia can also be picked up by children through parents showing fear and anxiety towards lizards. As with most phobias, it is something usually developed in childhood when our brains are trying to decide what to believe about the world. We are more vulnerable to be frightened when we are younger and are still greatly influenced by the reality our parents teach us.

Lizards are incredibly fascinating creatures with many coming in many vibrant and bold . Helping to change of lizards into fascination is not difficult. They are part of the animal group known as reptiles and have been on our planet for over 200 million years. Contrary to what many believe, they were a separate animal group from the dinosaurs which actually descend from birds as scientists now know. In our present day, there are over 5,000 species of lizards!

Lizards make great pets as well. Many do not that many species are capable of affection and enjoying attention from their owners, even actively seeking it out. Some pet lizards have been taught tricks, can chase balls and can dress up just as cute as any dog! What is awesome about pet lizards is that many live for over 20+ years so you will not have a pet that dies too soon.

Having a fear of lizards can be inconvenient if you want to travel to exotic destinations, as lizards occupy every continent except Antarctica, so they are everywhere, especially warm climates where tourist like to visit. Also, lizards are great pets for children and it is a shame to not be able to allow a child to experience the wonder of such a pet if they have a keen interest. Having any fear of phobia that makes you feel out of control of your emotions with panic and anxiety is never good to have anyway. Once you cure your phobia of lizards, who knows what else you can overcome!

Please get in touch if you would like to get over your phobia of lizards for good and build your overall confidence and courage with our powerful therapy. Creature Courage is phobia specialists!