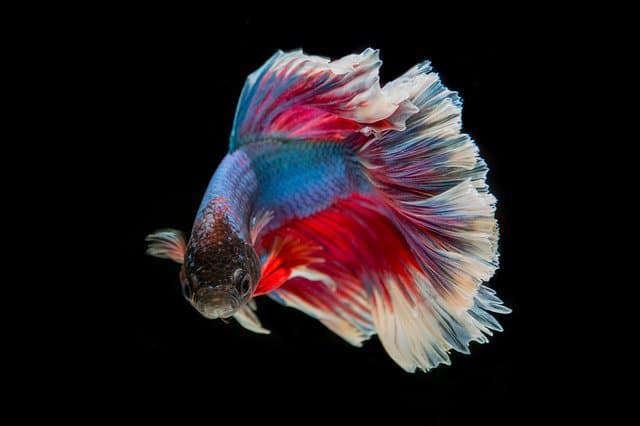 It would not be too hard to imagine a person who is afraid of sharks or other enormous aquatic animals. However, for some even the slight flick of a scale of any fish-like creature regardless of the size can cause a panic attack. A phobia of fish is called Ichthyophobia. The word’s etymology originates from the Greek word “ichthys,” which means fish and is used for anyone who exhibits an irrational or persistent fear of fish.

But please do not worry, you are not the only one in the world who can be afraid of aquatic animals.  The Navajo were once famously deemed Ichthyophobic due to fears about all kinds of marine animals, including fish.  Though the source of their fear was much more cultural than from actual trauma!

The phobia can cause you to be afraid of fish, living or dead alike. The fear can begin with a negative or a perceived traumatic episode involving fish, predominantly occurring in the affected individual’s childhood. It can also be learned from a parent’s reaction. There could be many instances that may have originated the fear; some of them may include:

These episodes can play on a loop in the phobic person’s head and lead to a lifelong phobia of fish.

Ichthyophobia entails various psychological and physical symptoms. Many of the symptoms are similar to other phobias. These may include screaming or crying when encountering fish or seeing an image of fish.  Feelings of dizziness, nausea, trembling, sweating palms or a racing heartbeat are common.  The phobic person may have a sense of doom or perception of choking.  Ichthyophobic individuals may run away from situations involving fish, hiding, or conversely, being paralyzed or frozen to the spot.

Many ichthyophobic individuals can be afraid of swimming or even walking near bridges and beaches due to their crippling fear of fish. It’s possible that they’d refuse to go to an aquarium or even a theme park featuring fish.  In severe circumstances, they may refuse to visit seafood restaurants or a friend’s home or workplace with pet fish kept in bowls or home aquariums.  This can obviously be inconvenient and embarrassing, at best.

Like most phobias, ichthyophobia is easily treatable. One of the techniques we use is to turn fear into fascination. For instance, did you know that fish traveling in schools sense the water pressure and movements of other nearby fish using pores called the lateral line, which has specialized hairs for the purpose?  Beyond the countless fascinating facts, one can learn about the more than 34,000 species of fish in the world, fish play a significant role in our environment and economy.  Many advanced and developing nations depend on fish as a primary source of protein.

Fish are some of the most fascinating and beautiful creatures on the planet and we at Creature Courage can help open your mind to see them in a completely different light and most importantly, change how you FEEL about them.

If you are Ichthyophobic, please don’t worry, as our proven Creature Courage workshops with an experienced therapist can help you overcome the fear for good. Contact Creature Courage and begin your life free of ichthyophobia today!