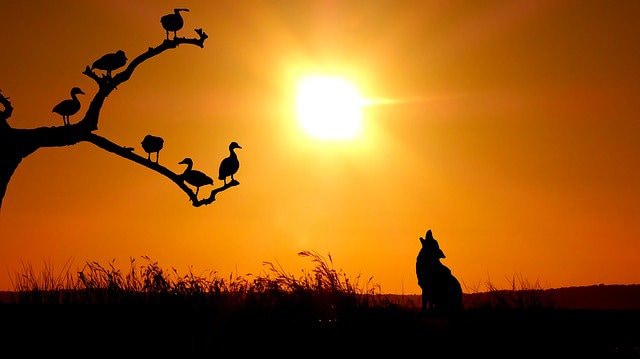 Fear of wolves is called Lupophobia. This is an ancient and primitive fear. Wolves were one of man’s first enemies but soon became man’s best friend. Wolves soon learned that working together with humans was more to their advantage. Now in our modern times, all the joy that dogs give us we can thank from wolves, their ancient ancestors.

Wolves still scare people because they are a powerful predator that lives in intimidating packs out in the wild. There are many scary myths and legends about wolves that build them up to be almost like monsters with stories of them stalking humans in the night. Werewolves have become one of the most famous legends of them all along the likes of vampires. The howl of a wolf is associated with fear and dread of the unknown. Film and TV also villainized wolves to a large degree and placed a powerful idea of negativity about wolves in our imaginations a young age.

All of these factors are what can cause a phobia of wolves. Traumatic experiences can cause phobias but very few people will ever interact with wolves. The stories about wolves are hugely fabricated and their bad reputation is highly underserved. Wolves are extremely reclusive creatures that rarely, if ever, attack humans. In fact, we are far more likely to kill them. Every year we kill hundreds if not thousands of them for their fur, for sport and to safeguard livestock that should not be in the wolve’s environments in the first place.

As we know from dogs, wolves are very loyal and love each other as a family in their packs. Without wolves, we would have never had dogs, an animal that has changed humans lives for the better in a dramatic way both thousands of years ago and continues to do so today. Wolves are also a crucial part of any ecosystem they are part of. As the top of the food chain, the whole system becomes imbalanced when they are no longer part of it and it has been proven that environments can dramatically change when wolves are taken out of the equation.

Getting over a fear of wolves is important for anyone who wants to enjoy an adventurous nature hike or for anyone who is triggered by an image or video of a wolf as they are often featured in the media. Many dogs also look like wolves so just seeing a dog could cause someone to feel anxiety if they have wolf phobia.

Any fear out of our control is not a healthy place to be. You can learn to build your overall confidence and courage by getting over your wolf phobia with Creature Courage’s life-changing therapy techniques. Get in touch with us today if you have a wolf phobia you would like to overcome.