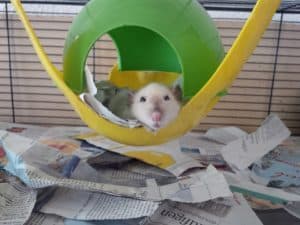 The fear of rodents, usually of mice and rats has several different scientific phobia names that include: Musophobia,  Murophobia, and Suriphobia. Someone with his fear will feel extreme panic and anxiety if a mouse or rat appears. They might even feel phobic reactions of panic by just seeing a picture of a mouse or rat, depending on how extreme their phobia is. Most people tend to say that it is the tails of mice or rats that really bothers them but also the quick and unpredictable ways they move seem to trigger people’s anxiety.

Rats and mice have been associated with since ancient times and this is not an unfounded fear as they have been proven to carry fleas that carried the Bubonic plague and they can also spread disease by cross-contaminating food and drinking sources. However, most people do not that they are less likely than cats or dogs to catch and transmit parasites and viruses.

In our modern day, the average mouse and rat in the UK is not a too serious threat and though inconvenient and annoying when in your house, there is no reason why we need to feel actually afraid of them when seeing them. It is no longer the medieval times and the bubonic plague has been wiped out!  They are passive animals that will want to try to get away from anything larger than themselves.

Though, if someone has this phobia, they know that it is not a rational fear and that they cannot talk themselves out of it.  The fear is triggered deep within the subconscious and was most likely formed as a child. This is usually because something traumatic or perceived traumatic happened around the animal that is feared. Such as a rat or a mouse jumped out and frightened someone as a child. It can also be easily learned if a parent has a rat or mouse phobia.

Rats are actually pretty cool animals and make really good pets. We at Creature Courage like to bring out the positive sides of animals and help change fear into fascination. Here are some interesting rat facts:

-Rats are very social and become lonely without other rats and will care for other rats if they are sick or injured.

-Rats are quick learners with incredible memories. Once they learn how to navigate a route, they never forget it.

-Rats actually have their own laugh sound when tickled! They also make this noise when they are happy and play.

-Rats are similar to us in many unexpected ways, including being vulnerable to peer-pressure! In experiments, brown rats disregarded their own personal experience to fit in and copy other rat’s , even to the point of eating unpalatable food!

-Rats actually spend a lot of time cleaning and grooming themselves every day so are not as dirty as people might think.

-Rats survival skills are amazing and they can go longer than camels without drinking!

If you would like to get over your fear of rodents CONTACT us and we will discuss your options in either group therapy or one on one setting. Either way, with Creature Courage you will get over your fear!  Don’t waste any more time being afraid!