The Fear of Dogs: Cynophobia 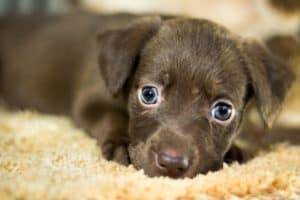 A dog phobia is called ‘Cynophobia.’  Few animals are as beloved as the dog and in most cases they are seen truly as ‘man’s best friend’. Sadly, many people are terrified of them and could have a panic attack at just the sight of someone walking a dog in the park.  Cynophobia is a very common animal phobia to have because dogs are such a big part of human’s lives as the world’s most popular pet.

People usually develop a dog phobia because something traumatic or something perceived as traumatic with a dog happened in childhood. This could be if a dog bit them, barked loudly or growled or even because the dog was too friendly and knocked them over while trying to be affectionate. The brain creates fear reactions to perceived danger very quickly in order to protect but this is not always helpful in our modern day life. Dogs are no longer wolves!

A person might also learn the phobia from a parent or sibling when they were a child. Phobias are often taught to children from family. A child instinctively looks to parents to learn what is safe and what is not so if a parent is showing signs of fear around a dog the child will understand a dog subconsciously as a threat.

This is a phobia that is almost as inconvenient as the fear of spiders as dogs are very hard to avoid in life! So many people keep them as pets and they are animals that need to go on regular walks.  The risk of running into a dog is literally every time a person leaves the unless they live very remotely! Having a dog phobia can really cause a lot of anxiety and bring down a person’s mental health and overall well being with the constant fear of running into a dog.

We at Creature Courage treat dog phobias on a one on one basis and now a few times a year in our powerful group therapy sessions. We are adapting formula that we have used in the Spider Courage Experience to treat arachnophobia to now treat Cynophobia in a group setting. We think this will be a highly successful workshop as dogs are easy to show how helpful they are to humans and easier to convince that they are cute than spiders!  Please CONTACT us if you want to arrange either a one or one session or are interested in our group therapy.

Our therapy can help dispell myths and replace fear with fascination. To start off, I have found a few cool dog facts to help create some intrigue about these furry friends. Some facts highlight how interesting they are and others how helpful they are to humans! But there could easily be pages of interesting dog facts!

And finally, for our bonus fact, George Lucas modeled the Ewoks after his family dog, who could have guessed!

Also, we found a fantastic website that gives lots of helpful information on dogs called Practical Paws. It is a website for dog lovers but if you are suffering from a phobia of dogs, learning about them is one of the best ways to start getting over the fear as it really starts building fascination. It is also the first form of immersive therapy where you start exposing yourself to the thing you fear in a way that helps you change the way you feel about it. We have helped many dog phobics become dog lovers and even dog owners, so it’s great to have resources to help with the transition.

Find freedom from the fear of dogs for good with Creature Courage!