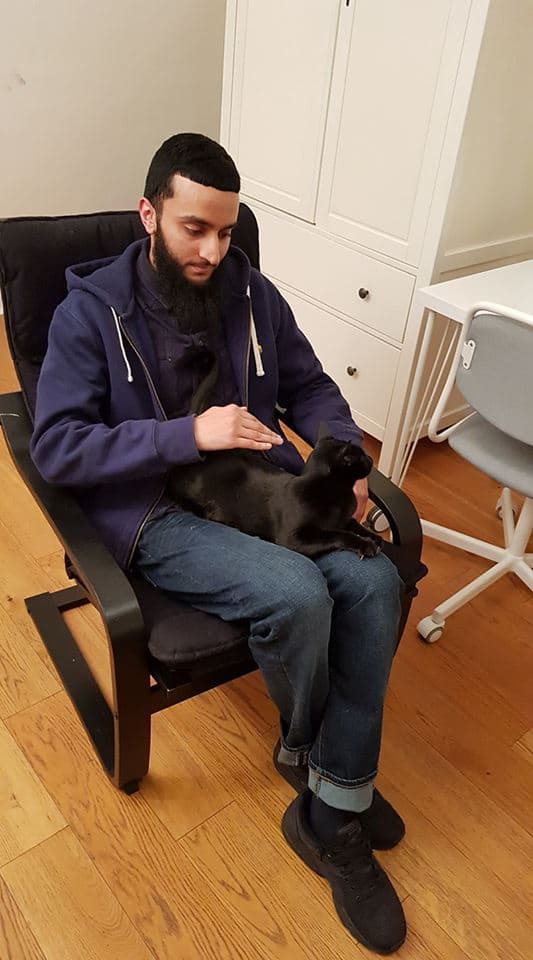 Abs was raised in a family that didn’t interact with animals very much and when he was young a cat had frightened him with its hissing. He developed a fear of cats (the scientific name for this phobia is Ailurophobia) and a general uneasiness around most animals. Abs obtained this phobia in the classic way that most animal phobias are formed; a negative experience with an animal at an early age and he was also raised by others who showed an aversion to cats and animals in general.

Abs came to us because he had enough of being afraid of cats. He was going to get married soon and he had not only his future in mind but his wife’s and future children to think about. He didn’t want to affect their mental health with his fear.  And if they wanted a kitten one day he could not live in constant anxiety in his own home.

Having a fear of cats was also affecting many aspects of his life because as we all know, cats are around most neighbourhoods! Going over to his friend’s houses with cats caused him a lot of panic and it was awkward for his friends having to lock up their pets for him. Enough was enough. However, he never thought by the end of the session he would actually be holding a cat! Maybe pet a cat, but not having one sitting happily in his lap!

We had a great session with Abs and my little black cat Koumori, (which means bat in Japanese), a sleek and super friendly Oriental, helped Abs feel right at home with him in just an hour. Abs was super chuffed to be able to feel calm while having Koumori purring away on his lap. We were so happy that we were able to help liberate Abs from this fear so he could get on with living life.

We advised him that it would be very helpful for him to spend as much time as possible with friends cats and even consider adopting one. Phobias cannot survive if you constantly are confronting the thing you fear. We gave him the tools and techniques to approach his next cat encounter in a calmer and more emotionally controlled way.

The fear of cats, Ailurophobia, is actually a very ancient one. Cats have sadly been associated with evil since ancient times. They were seen to be witches’ ‘familiar spirits who aided them in doing magic. During the plague they were persecuted and killed as bringers of the disease when sadly cats were the main solution as they killed the rats that carried the fleas that actually spread the disease. People may argue that cats were worshipped in Egyptian times, however, only Bastet the goddess associated with cats was worshipped and cats were actually killed in mass and mummified as a sacrifice to Bastet. There has always been a lot of superstition around cats, especially black cats and unfortunately these affectionate and helpful animals have never fully shaken these myths surrounding them.

We at Creature Courage help people see animals like cats in positive ways so even an animal that a person once feared can be something appreciated and even loved. Panic and stress no longer has to be part of a cat encounter. Instead, you can join in with the rest of the internet and obsess about how cute cats are! Seems unbelievable but often we sear fear transform into affection. We spread the animal love and also build confidence and courage that goes beyond the animal phobia itself!

CONTACT us if you would like to do some cat phobia therapy with us and we will radically change your perception and feelings about cats in just a few hours!