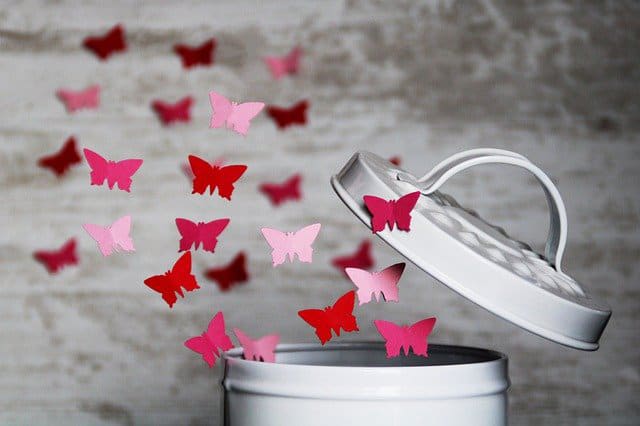 Fear of Butterflies and Moths:

Many people might think it is funny to be afraid of a butterfly or moth, but to someone who has a serious phobia of them, it is no laughing matter. Though these creatures are delicate and gentle, this is not why someone might be afraid of them. It may seem irrational to most people but there is a reason for why someone might become afraid of these insects. The fear is not based some rational understanding. A person with a phobia of moths of butterflies probably knows consciously that these creatures cannot hurt them.  But it is not something conscious that created the fear trigger.

The fear of butterflies is called Lepidopterophobia and the fear of moths is called Mottephobia. Though they are two distinct phobias, because these two creatures look so similar and move in much the same way, most people fear both. They might have a stronger fear towards one or the other, but usually both of these insects will trigger a phobic reaction because of their similarities. It is usually their fluttery movement that is at the root of the fear as well as their unpredictability.

Phobias are created usually when we are young. We either learn them from a parent or family member or something happens that we perceived as scary. For instance, a or butterfly might have suddenly appeared and fluttered in a child’s face and though this might not seem scary to us, for the child, at the time, it was terrifying so the instant fear reaction was created. Maybe a child saw a scary movie or TV show that featured moths or butterflies, it could come from any memory that frightened them.

These instant fear reactions that brains are so good at creating hark back to our days when we needed to learn how to react to potential dangers very quickly to survive. Without our modern technology and we didn’t have the luxury of taking the time if something was an actual threat or not, we just needed to react, fight or flight and survive and not take the risk! Obviously, this is not so useful now that we can assess real dangers from false ones.

Butterflies and moths are creatures that can appear anywhere and so it is a very inconvenient phobia to have. It can cause a lot of subconscious anxiety for a person suffering it. Creature Courage can reverse these fear triggers so new positive feelings around butterflies and moths can be . Instead of fear, fascination, respect, and appreciation can be found. Get in touch to book some therapy and say goodbye to fear and anxiety!